Thursday, December 24 —   In at 10:15 after taking revised JTW book file on zip drive to Capitol Blue’, visited Hi-Vee grocer for sliced turkey (What’s Christmas without turkey?), swiss cheese, yams and a small box of chocolate-covered peanut clusters for tomorrow. Could not find an apple pie so I drove to Shop n Save and bought an apple pie and small loaf of rye bread. Very quiet at the airport, but there was an Allegiant MD-83 boarding passengers at the terminal, a positive touch. Worked on pictures from last night’s model club meeting and posted at the Central Illinois Plastic Modelers site on Facebook. Considered Subway at the terminal for lunch, but didn’t go. I can use the $7.51 for something more important.. . . Browsed the web, mostly Facebook. Looked for the wire clothes hangers that a friend donated some years ago, intending to make more model airplane stands for smaller 1/72 model aircraft; could not find the pile I had recently moved to another place. Problem was I couldn’t remember the new place. Made a few from the wire I did find and mounted a few more models on them in the office. PROGRESS. Began sorting and placing prints of ac into plastic pages starting about 2:00. After completing the part of that goal that seemed a reasonable expectation that wouldn’t exhaust me, I began putting Avery permanent mailing labels that covered the return address on a few hundred #10 envelopes I “inherited” when Springfield Air Rendezvous ceased to be. That process continued until 7:30 on the nose. Then I returned to the office on the ground floor, checked e and Fb. The Horizon FBO guy — Zach (nice fellow) stuck his head in the door about 7:50 and explained he would be closing at 9:00. No additional arrivals, commercial or general aviation, were expected. That was fine. I planned to leave for home at 8. Walked out the door at 8:05. It was a productive day, especially the afternoon, but I wish I had worked on some models. I didn’t touch one because I wanted other tasks done before Christmas, and they were. Day rating: B.

Today’s pictures were taken during an August 30, 2015 visit from the Outcasts, the last US Army unit to fly the Bell OH-58D. They had stopped for fuel en route to Davis Monthan AFB where they would surrender these incredible machines to the smelters. It was an honor to meet them and welcome several of the crew to AeroKnow Museum. 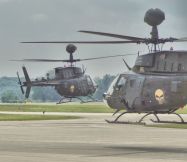 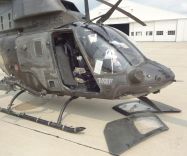 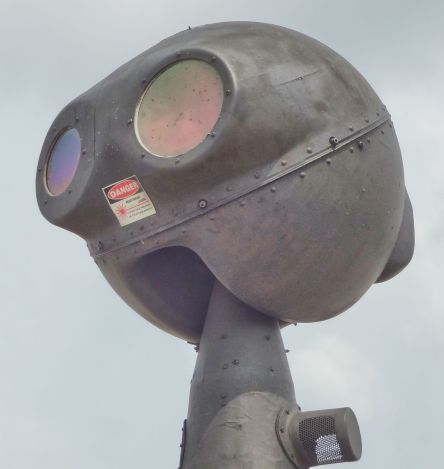 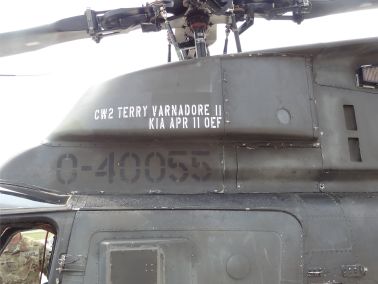 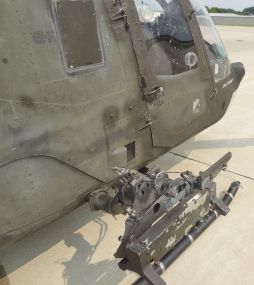 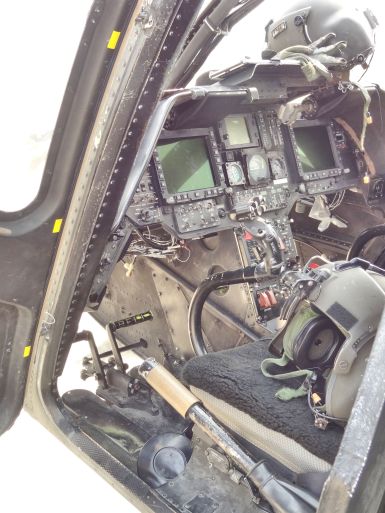 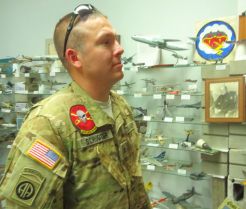 I am a freelance aviation, business and tourism writer, poet, songwriter. My journalism appears regularly in Springfield Business Journal and Illinois Times. I am author of Springfield Aviation from Arcadia Publishing and available everywhere. As founder/director of AeroKnow Museum (AKM) and a volunteer with American Aviation Historical Society (AAHS), I created this blog to share news about AKM activity and aviation history.
View all posts by Job Conger →
This entry was posted in aviation, Bell OH-58D, Uncategorized. Bookmark the permalink.