Wednesday, February 10 — In at 7:05 clear and cold, calm. There was reason to believe that confirmation of my media credentials would come via email, and I checked email every 30 minutes , called the person I thought would assist, and it all came to nothing. Instead I was locked in at the Horizon FBO with the rest of the Horizon people and visitors during a window when no moving people and no moving vehicles were to be permitted on the airport. Still, there were people and vehicles in motion as though the advisory requiring compliance had been rescinded. Learned late in the afternoon that it HAD been rescinded in the morning as well, but no one had contacted us at Horizon. I took the best pictures I could, and that was that. Stayed close to the phone and email in case communication authorizing me to have media access came . . . . but it did not come. So I did the best I could. I did get outside to take pictures of President Obama’s departure from behind the fence, and I was pleased with the results. Met a fine young family who visited the WELCOME Room after the departure of Air Force One. Had a terrific visit. Also showed Lincoln Land Community College Aviation School Director David Pietrzak the office; promised to show him the rest next week. Processed pictures well into the time I had planned to attend the model club meet, but AKM his history first and model club second-focused. Three members attended the club meeting in the meeting room and we adjourned early. Departed for home via grocer at 9:05. Hadn’t eaten a bite of food all day but had a nice salad for dinner at home and slept very well (a change for the better). Overall day rating (not considering results of photos taken) C+

Pictured below are David P of LLCC, young visitor Drake and his father who is an avid 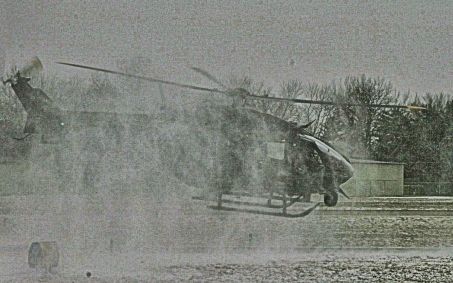 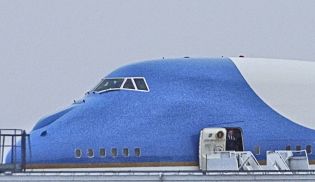 duck hunter (both convivial aviation enthusiasts, the best kind) the UH-72 Lakota from the US Army  National Guard in Decatur, Illinois, which flew overhead before and during the president’s arrival and departure, and views of the big bird on arrival, preparation for departure to California. Many more pictures will be posted at the AeroKnow Museum Gallery of Flight blog — http://akmgallery.wordpress.com — in the days ahead. I will advise you here when they are up. Have a great day.

I am a freelance aviation, business and tourism writer, poet, songwriter. My journalism appears regularly in Springfield Business Journal and Illinois Times. I am author of Springfield Aviation from Arcadia Publishing and available everywhere. As founder/director of AeroKnow Museum (AKM) and a volunteer with American Aviation Historical Society (AAHS), I created this blog to share news about AKM activity and aviation history.
View all posts by Job Conger →
This entry was posted in AeroKnow Museum, C-17, Uncategorized, VC-25. Bookmark the permalink.