Saturday, April 9 — In at 7:35, cool, sunny, calm, 3 GA ac and a just-landed UH-60 on the ramp.  Busy lobby. Worked half an hour arranging things in Process Rms. Back to office at 8 :15 and processed pictures from 2015 and stopped to go to employer. It was cold as effing HELL in the showroom, even with the dinky foot-size heater Larry (not his real effing name) provided. My hands were frozen to the BONE, and it was hard to Type. And of course Larry didn’t give a rat’s patoot if I effing FROZE to death. I ALMOST walked out. If I had asked him to turn on the heat, he would have said something like “You’re not cold are you? It’s not COLD in here.”  On the positive, I brought my mouse to plug into my laptop and shielded the touch pad with paper taped over it. That seemed to work, and since I had somehow lost the file I had started the day before, I started indexing FlyPast again. Progress was slow, but better than Friday. Randy Crode (not his real name) called and said it would be a good afternoon for me to pick up more donated magazines after work. DAMN! I DID NOT WANT TO DO THAT, I was miserable at work and just wanted to chill the rest of the day puttering around AKM. BUT I also didn’t want to delay acquisition of what he wants to donate to AKM, so we planned for me to visit as soon as I picked up some empty bankers boxes from AKM’s storage room I arrived at Randy’s at 2:30 and worked my TAIL OFF moving boxes full of wonderful av mags from his upstairs to my car and after relaxing a few minutes and chatting with him in his living room, to the airport and moving most of the boxes into my office with help from my two-wheel hand truck. I was BUSHED. Updated the blog and drove home at 4:45. I was tired, but “tired” is not a negative. It needed to be done, the unexpected opportunity was provided by kind Fate . . . . and I advanced the AKM by picking up the magazines. Day rating: B+

Pictures are of a historical marker I didn’t visit until I prepared my book Springfield Aviation (Arcadia Publishing) and had had not even been there until 1995. The field behind the marker on Hazlett Road off very west Jefferson was site of Springfield’s first commercial airport. It was first named Bosa Field for farmer William Bosa who leased the land to the airport sponsors. Charles Lindbergh discovered it in 1926 and arranged the lease; later flew air mail from here. Twice-daily flights originated in St. Louis, stopped in Springfield, Peoria, and concluded in Chicago. After he took time off to fly to Paris, Lindbergh returned to Bosa Field, was given a hero’s welcome, laid a wreath at Lincoln Tomb and returned to this spot to continue his victory tour by flying up to Chicago. Details are in my book mentioned earlier. 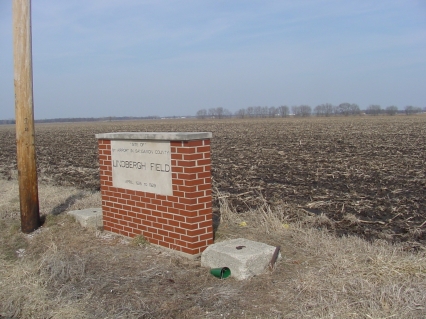 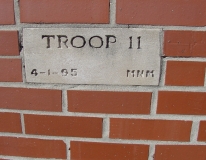 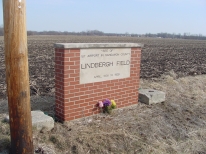 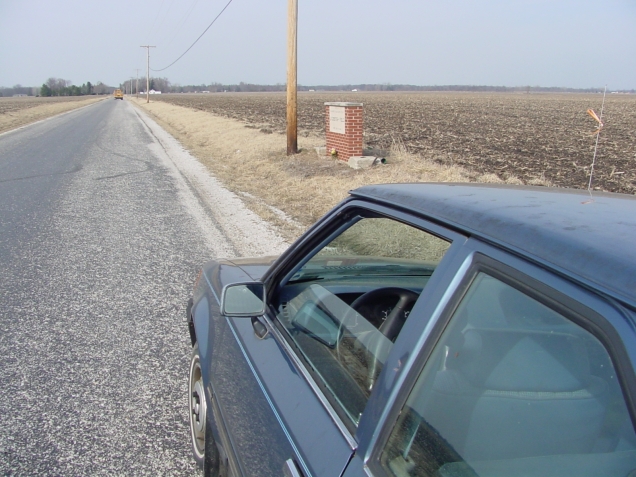 I am a freelance aviation, business and tourism writer, poet, songwriter. My journalism appears regularly in Springfield Business Journal and Illinois Times. I am author of Springfield Aviation from Arcadia Publishing and available everywhere. As founder/director of AeroKnow Museum (AKM) and a volunteer with American Aviation Historical Society (AAHS), I created this blog to share news about AKM activity and aviation history.
View all posts by Job Conger →
This entry was posted in Bosa Field, Uncategorized. Bookmark the permalink.